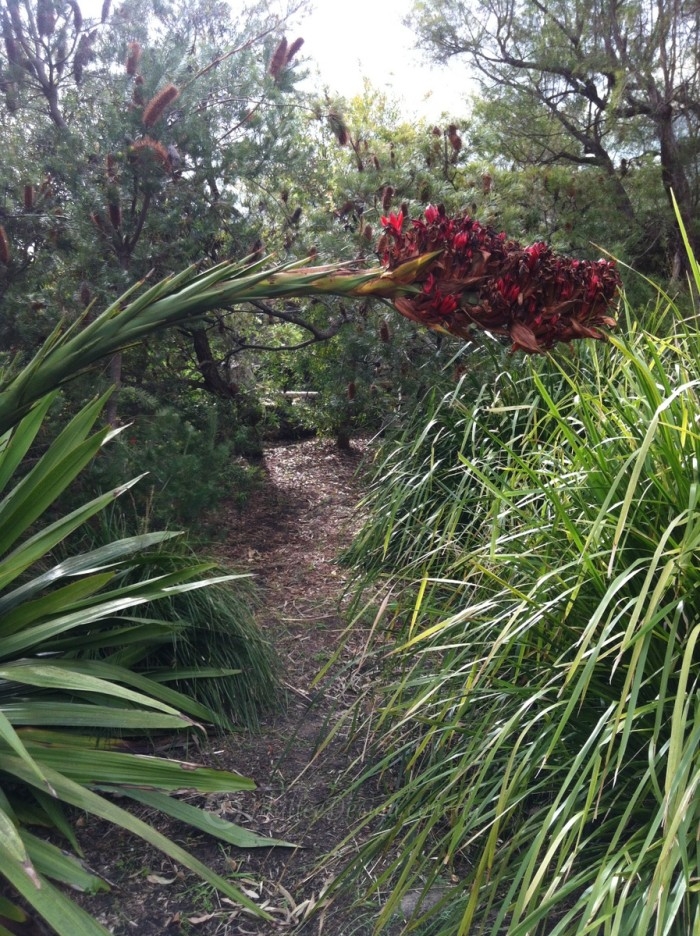 This is Doryanthes palmeri or the Spear Lily, a striking feature plant similar to the Gymea Lily except that it has a flower spike that leans over and isn’t spherical and the foliage is less clumping and more linear.

Here it is used planted amongst Lomandra hystrix and longifolia, providing beautiful contrast with the finer leaved grasses. It adds an extra dimension to the wandering paths around this bushland garden, which is also filled with Banksia ericifolia and spinulosa