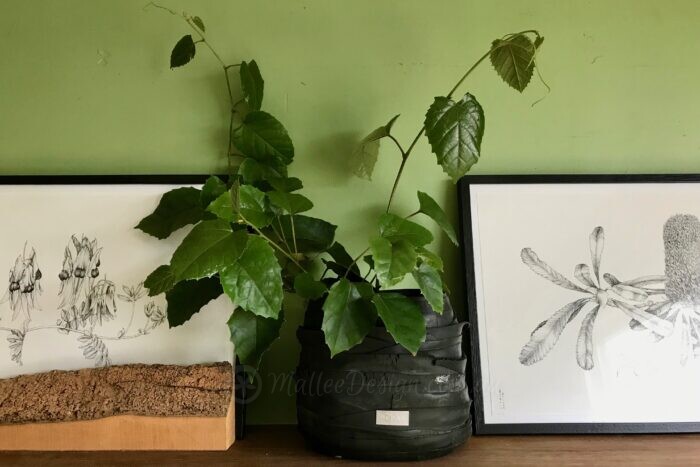 I love indoor plants, which are known to improve our sense of wellbeing, the quality of the air inside, and give us a connection to nature. Most of us aren’t aware of the array of Australian natives that could be used indoors and replace the bucketloads of exotics commonly marketed at nurseries.

Inside, plants generally have to cope with low light, dust, dryness (low humidity), and care from humans (or neglect!). Air conditioners, fans, heaters and steamy bathrooms make big difference to these environmental factors, as well as how much natural sunlight a room gets, so make sure you consider these things when you place a plant indoors. A general rule of thumb is rainforest plants and dry tolerant plants tend to be better adapted to the indoor environment.

One of the most important things to remember when caring for indoor plants is that they DO need to be taken outside every now and then. How often and how long varies for individual species but in general I would think about giving my indoor plants at least a week outside every month, yes that’s right its best practice to allow your indoor plants outside for a 1/4 of their life! Some will tolerate the indoors more than others. If your indoor plant is starting to look very poorly then putting it outside for a while is the first thing to try (as well as giving it some water if you haven’t done that for a while). Putting plants outside semi-regularly will also reduce the risk of disease from things like scale pests that often infest indoor plants.

Small pots can be put on windowsills, tables, floors, in bathrooms and be moved around easily to test plants in different locations. The ferns listed tend to be low-light lovers and many do well in a bathroom spaces but there are other small plants you can use apart from ferns. Here are my suggestions:

Vines and climbers are my favourite kinds of plants to put indoors, they make their own way around a space, curious by nature! They look fantastic in hanging baskets but can also be just as stunning potted so don’t think you have to go around putting hooks on walls and buyers fancy hangers to make these natives look great.

Plants potted in medium sized containers are best placed on the floor, of course they’re often too heavy to put anywhere else! Some of these plants may be suited to larger pots as well:

Most of the species here a trees whose growth will be restricted by being in a large pot and by being indoors. 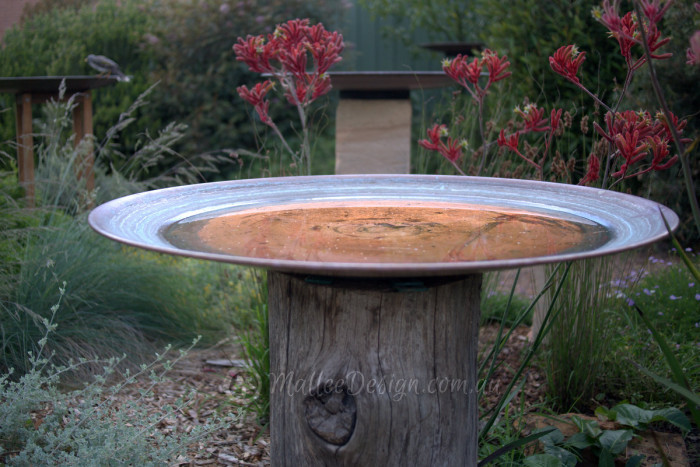