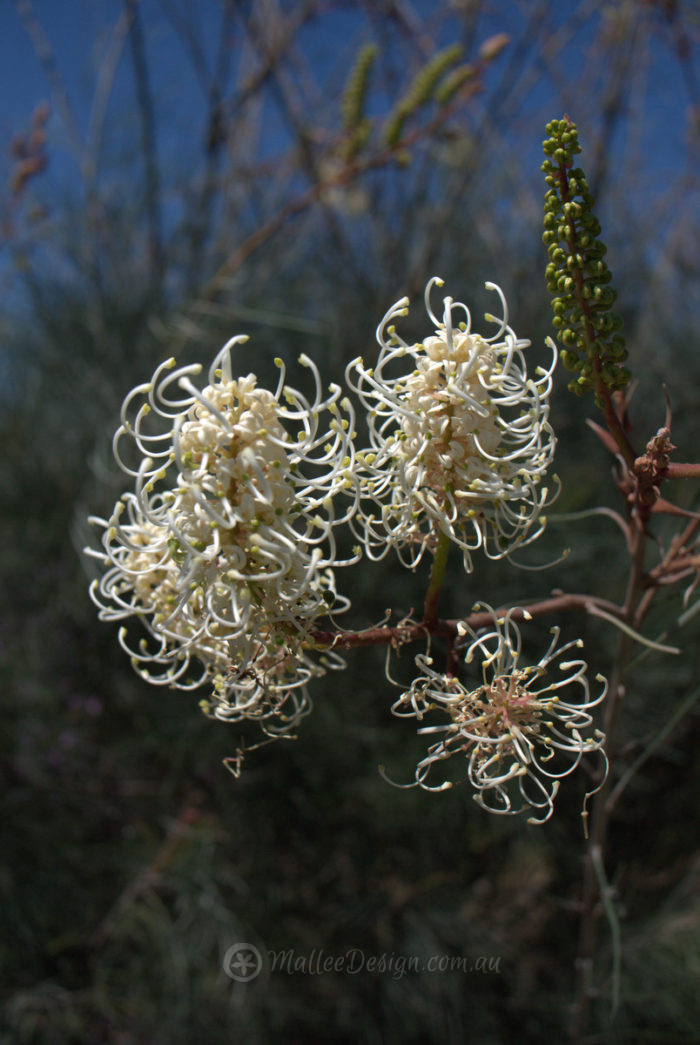 There are a group of Grevilleas which throw their flowers out on tall leggy canes, up into the air far away from their foliage. Grevillea petrophiloides is probably one of the better known and more available ones in NSW, but I would also like to bring attention to Grevillea leucopteris. In the image above you can see its full size and habit, it grows to about 3 metres high x 2 metres wide with ferny grey foliage, the new growth is a pretty, soft furry pink. The large white flowers are formed in groups on the end of the canes in late winter. Grevillea leucopteris grows naturally in WA on the coast north of Perth to south of Geraldton, but grafts well and will happily grow in NSW. It gets its unflattering name from the scent of its flowers which are supposed to smell like old dirty socks. Grevillea leucopteris is a wonderful habitat plant, with honeyeaters and native bees swarming to this delightful plant thought out the flowering seasons. You can see from the image above that before it even flowers it is a striking feature plant. So if you happen to come across this Grevillea in a nursery, consider  making some space in your garden for this incredible native plant.

2 thoughts on “The arching canes of Old Socks: Grevillea leucopteris”