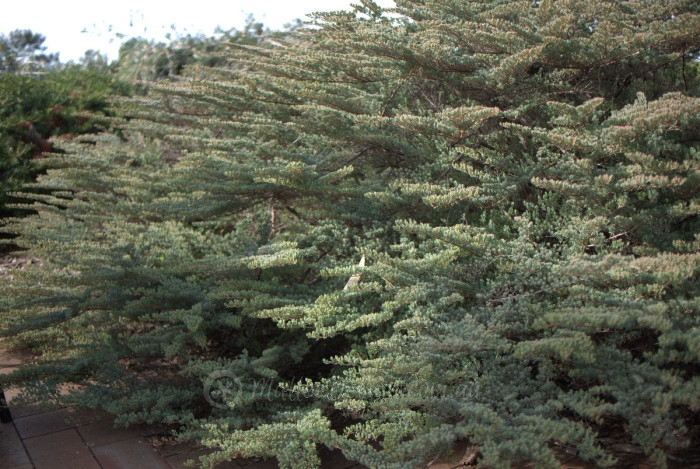 Homoranthus flavescens is a striking plant, the foliage appears succulent and conifer like and the branches grow almost horizontally and appear to layer on top of each other, plus it has a beautiful grey green leaf, making it a wonderful feature shrub in a planting.

Below you can see it on the right standing out against the dwarf Banksia spinulosa, it also appears to have the same growth habit as the fern behind it. Homoranthus can be budding up for almost 6 months as the flower buds develop during winter in the leaf axils near the ends of the branches. The flowers fully open in late spring and summer, usually between November and February, meaning there is added colour and interest for most of the year. Honeyeaters and insectivorous birds are also attracted to this long-flowering plant. This shrub will grow to about 1 metre high by 1.5 wide, it will cope with part shade and full sun. It is well suited to Japanese style gardens and doesn’t need to be pruned to retain its striking habit. I would love to see this used more in native gardens, I think it would look great in a coastal or modern garden especially with other grey or silver foliaged plants, like salt bush or Correa alba.