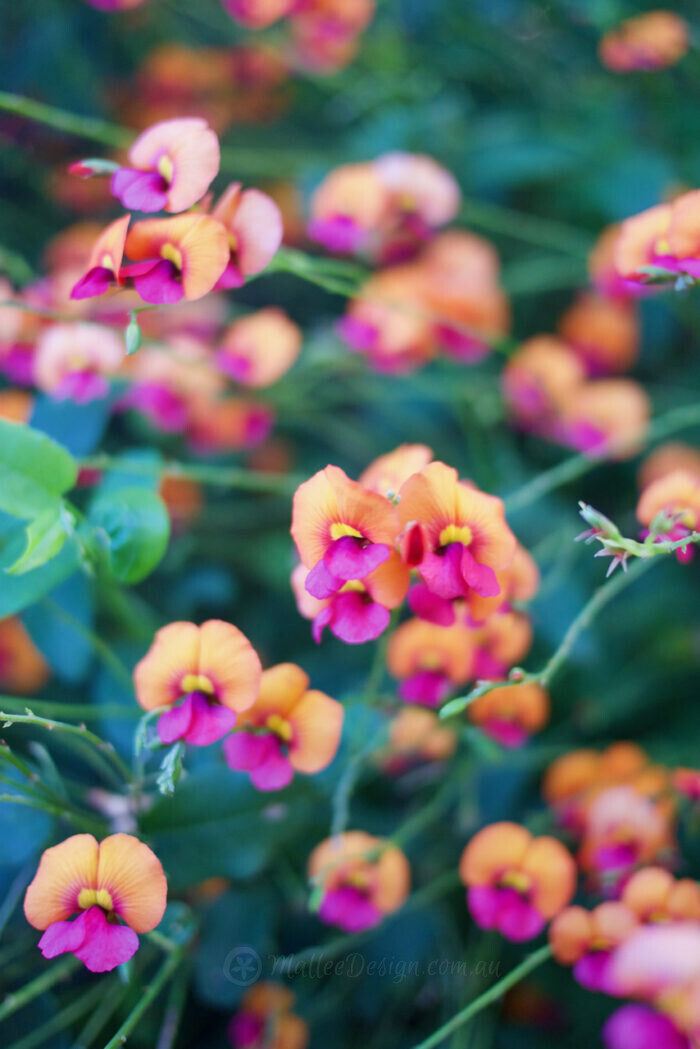 This outrageous little pea flower is growing in my daughters primary school, it thinks it is unassuming and doing its own thing, little does it realise what a show off it is! Chorizema cordatum is a wonderful South West Australian… Read more ›

The many colours of Eucalyptus ficifolia grafted 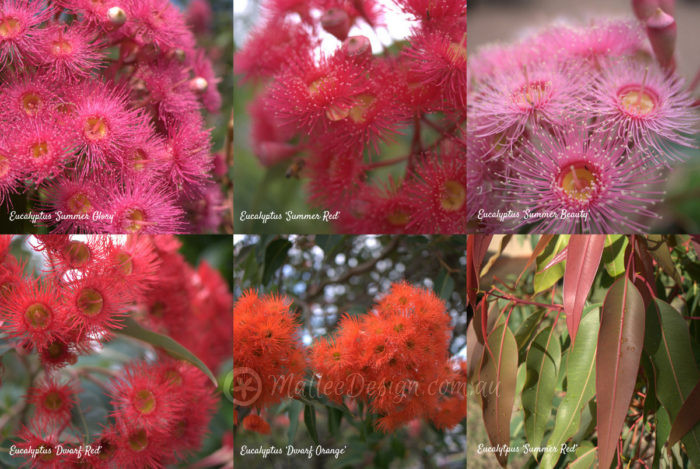 I have been taking photos of grafted flowering gums for the last 10 years and have been meaning to make a colour comparison between some of my favourites. It can be very confusing deciphering the different pinks and reds, not… Read more › 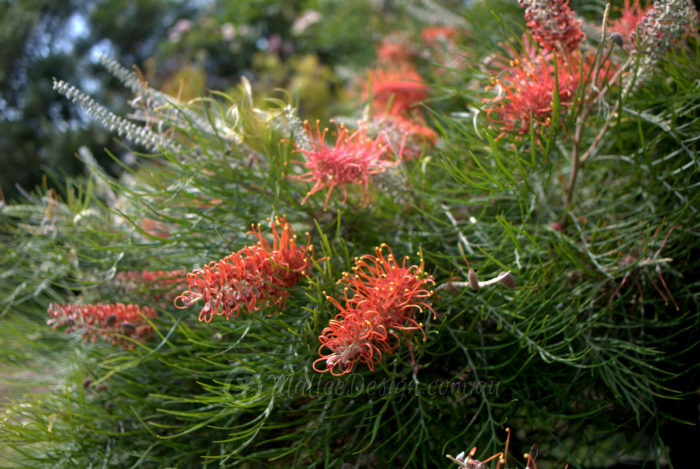 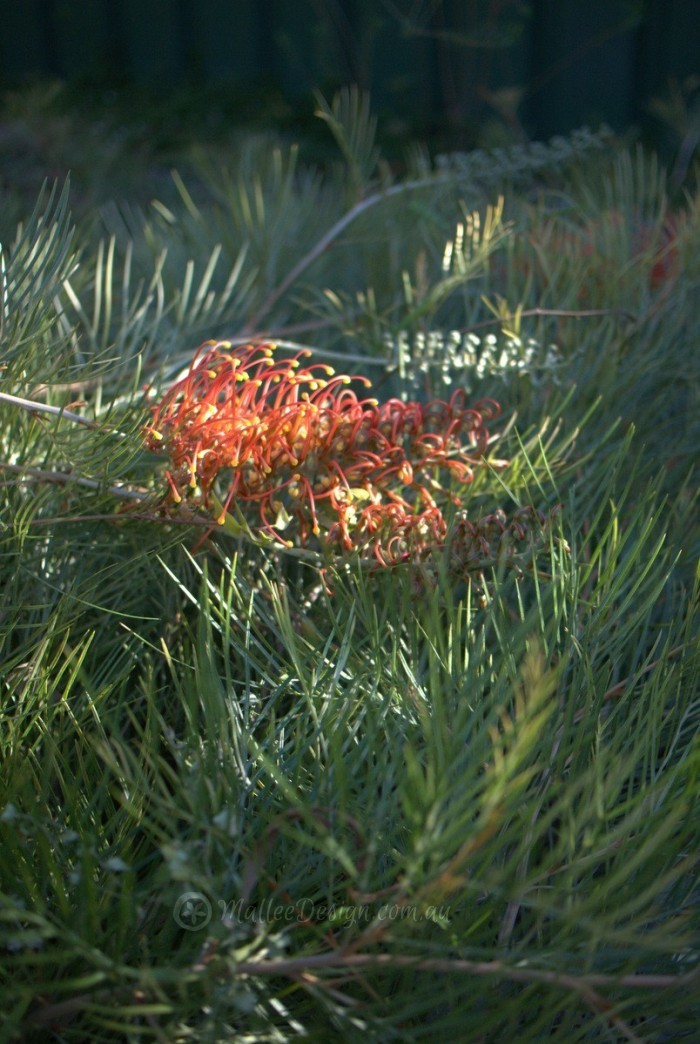 I am not a massive fan of the larger flower spike type of Grevilleas species, I often associate them with attracting noisy miners and rainbow lorikeets, not desirable native birds for me. However, this Winter I have had two Grevillea… Read more › 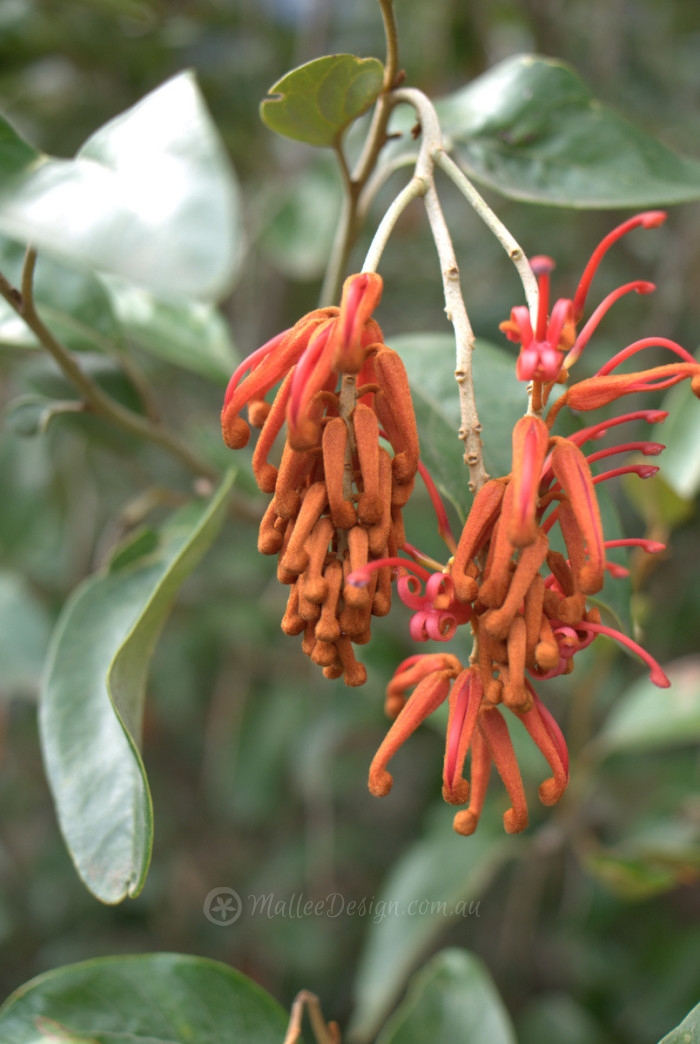 This winter has been a bit of a learning curve for me in the frost tolerant Grevillea department; for some reason I have been asked again and again which Grevilleas will withstand medium to heavy frosts.  Many grevilleas with smaller needle… Read more ›

One for Brightening up Shady Hollows: Correa pulchella ‘Orange Glow’ 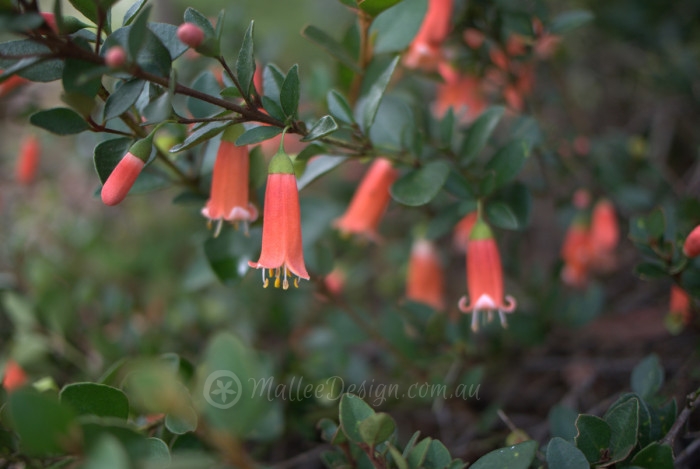 I was at an open garden today and the Grevilleas were in full bloom everywhere you looked, along with many of the Banksias and even some of the Wattles, however my eye was drawn again and again to this plant.… Read more › 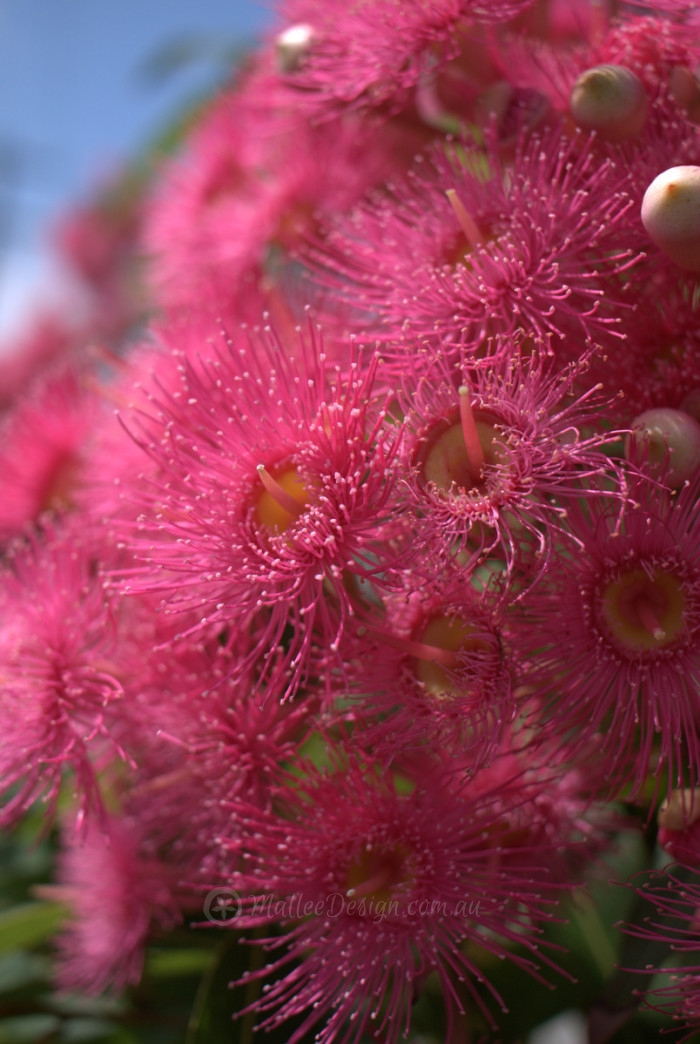 It is summer and we have had a lot of rain so the Grafted Eucalyptus ficifolias are in full swing, everywhere I look they are putting on a wonderful show. I have been slowly trying to collect decent photos of… Read more › 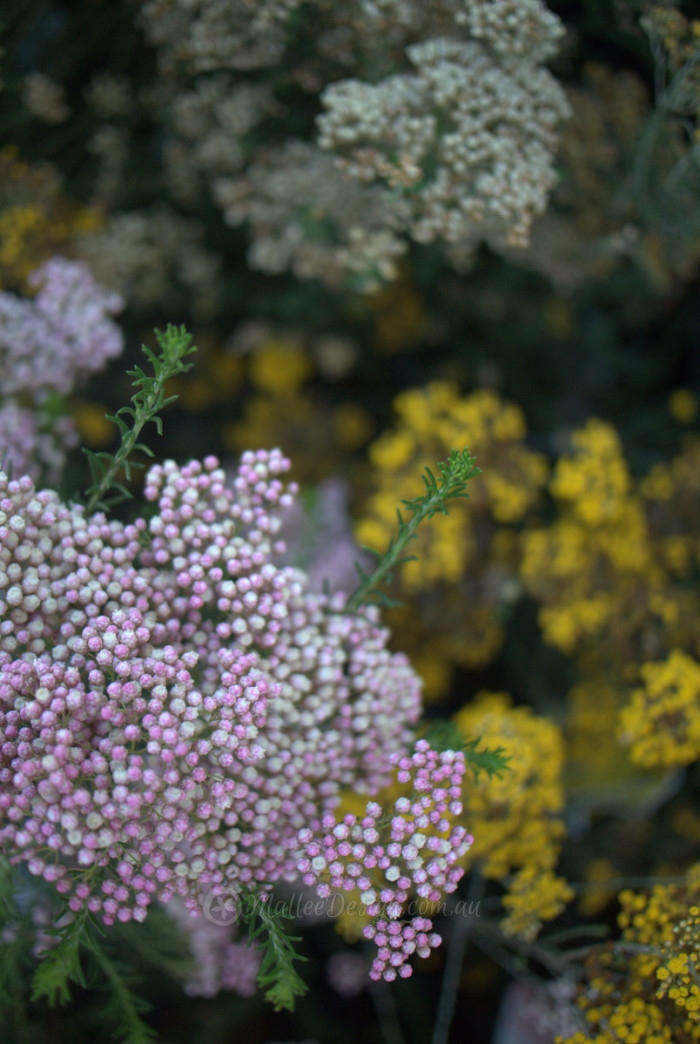 I love plants that have the capacity to completely divide people, where they are either loved or hated. I think Ozothamnus diosmifolius is one such plant, I have only been recently converted and I must say it is partly by… Read more ›