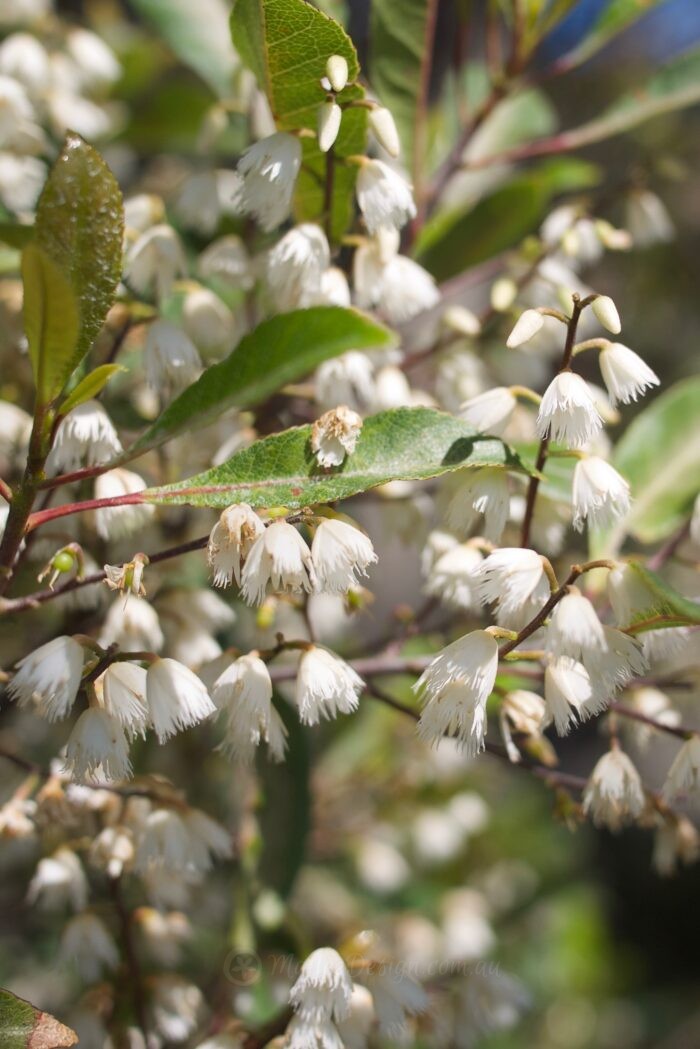 Elaeocarpus reticulatus is one of the Spring flowering native tree species which really knocks itself out during its flowering season. It consistently covers itself in the little white fairy skirt like flowers to the point that it gives the whole tree a light hue.

There are two flower colours in the Blueberry Ash and as the popularity of the pink form, largely ‘Prima Donna’, has boomed the white form seems to be coming less and less available. It is however the white which is my favourite 💚

There is something pure and crisp about the little white fringed flowers, they contrast beautifully with the deep green leaves. I did believe for some time that the white was the naturally occurring colour and the pink had been somehow bred, then I saw the pink growing naturally in the bush down in the south coast and realised it is a natural variation.

Blueberry Ash is a rainforest tree and therefore prefers a moist, well drained, fairly fertile soil in a semi shade position. It will grow in full sun if provided with plenty of moisture and protected from drying winds.

The dainty flowers are followed by blue berries which are extremely attractive to the saint bower bird and other fruit or berry eating birds. The blue berries give it the first part of its common name, the last part of Ash is because the leaves have a white, waxy edge to them which from a distance looks a little like they are smudged with ash.

Elaeocarpus reticulatus makes a great street tree, screening tree or if pruned a good hedge. It has a narrow dense habit and responds well to pruning.

If left to grow to its full size it will reach around 8 metres high x 4 metres wide in a garden setting. In the image above you can see a mature pink form in someones garden.

Regardless of the flower colour this really is an excellent native tree for medium to large gardens, it is also now available in a dwarf form called ‘Green Dream’ so has been adapted for smaller gardens or as an easier to manage hedge. Obviously as with any plant tag take the mature height with a pinch of salt, I would be interested to hear from anyone how much over 3 metres this dwarf variety grows 😉

If you can’t decide on a colour why not plant one of each next to each other as had been done in the garden where I took these photos! We all need more trees please!